This room is entirely devoted to Ennemond Alexandre Petitot (1727-1801), the great French architect who created most of his work in Parma, where he influenced the passage of artistic culture from Rococo to Neoclassicism.

He was born in Lyons in 1727 and attended the Academy of Architecture in Paris and in Rome; he arrived in Parma in 1753, when Minister Du Tillot offered him the prestigious position of Court Architect and teacher at the newly opened Academy of Fine Arts.

He first worked on Palazzo Ducale in Colorno, a Versailles-inspired countryside mansion on the Po river; he then focused on town planning, re-designing the main square in Parma, the Ducal gardens, and even our Palazzo di Riserva (the building where this Museum is located); he created one of the first Italian cafè, proposed a plan for a modern water supply system and a grand project for the Ducal Palace which was never carried out for financial reasons.

In 1769 he supervised the spectacular urban pageants and scenography for the marriage of Duke Ferdinand of Bourbon and Maria Amalia of Hapsburg, daughter of Empress Maria Theresa of Austria and sister of the unlucky Marie Antoniette. Among his best-known works are the Suite de Vases, a fanciful ensemble of thirty variations on the theme of vases, and the Masquarade à la Grecque, ten costumes exhibited here in their entirety, full of imaginative and erudite details.
After the fall of Minister Du Tillot in 1771, Petitot mostly dedicated his time to teaching and private commissions; he died in Parma in 1801. 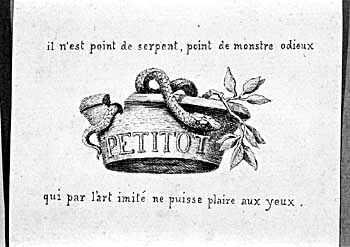 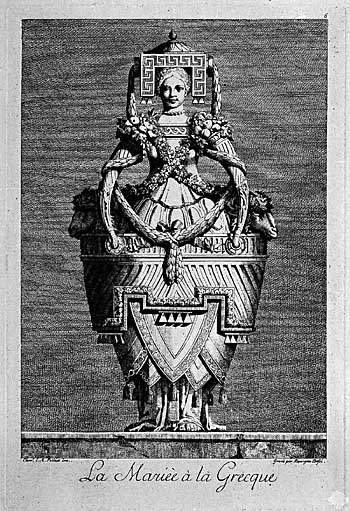 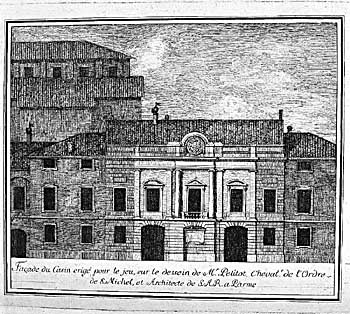 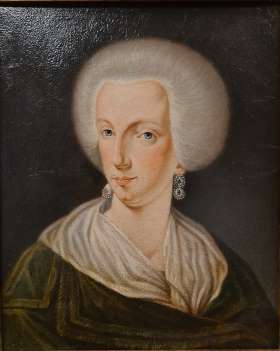 Discover all the Petitot Room’s operas